In the Sony A7s review I have published my experience on the field with this camera; I have notices great high ISO and dynamic range, but how much great? To make a more precise evaluation, I have compared it side by side with the Canon 6D, that currently has one of the best Canon sensors, surpassed only (by half stop) by the super-expensive Canon 1DX.

In these first crops, I have compared the resolution and detail of both cameras. All photos that you will see in this test are 100% crops from the RAW files, without any noise reduction or other enhancements; the cameras were placed side-by-side and I have used electronic first curtain plus 2-seconds self timer to avoid camera shake. The Sony photos had been taken with the Sony 24-70 f/4, while for the Canon photos I have used the Canon 24-70 f/4. All photos had been taken at f/11, with careful manual focus, and the crops are taken from the center of the image, where both lenses are perfectly sharp. Since the two cameras have a different pixel count, I have resized the photos to the same size, 16 megapixels, to make a more fair comparison. 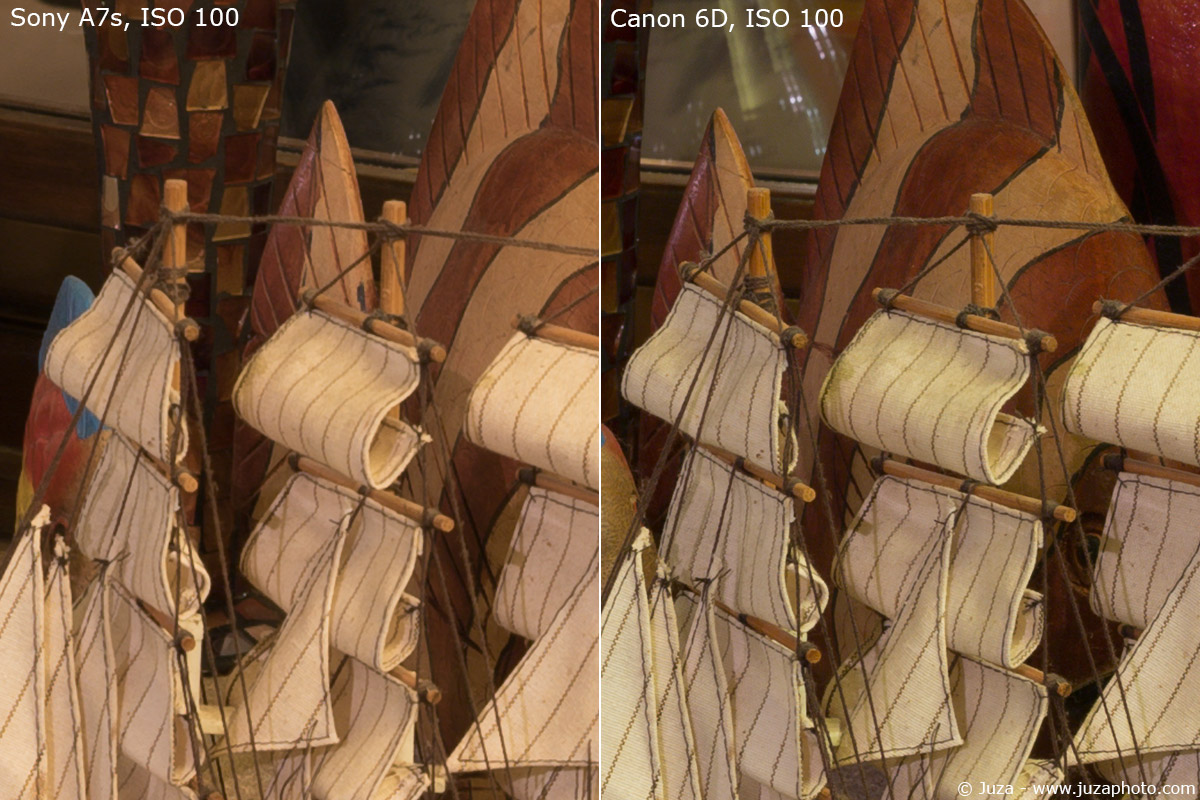 As expected, in the detail comparison the Canon 6D wins, thank to its higher resolution sensor: at 20 megapixels, it has almost twice the pixel count of the A7s. From ISO 100 to 1600 the result is the same, at least in terms of detail. That said, if you need a lot of resolutions Sony offers the 36 megapixels Sony A7r, that easily outdo the Canon 6D.

To test the dynamic range, I have taken a very underexposed photo (underexposure of five stops, the photo was almost black), then I have recovered it with Adobe Camera RAW by setting the "exposure" tool on +5. These are the results: 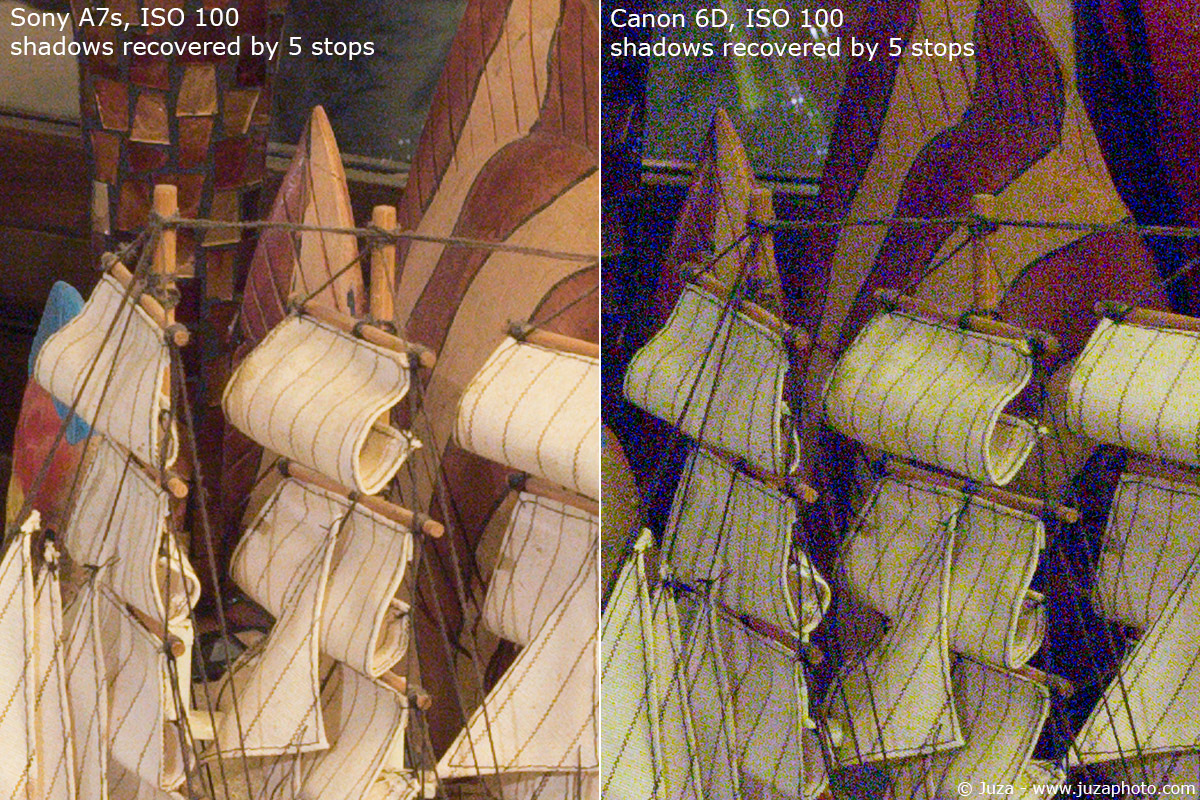 The Sony is not just better than the Canon: it is light years better. The impression that I had in the field has been confirmed in this studio test: the Sony A7s has an awesome dynamic range, it is several stops better than the Canon 6D in this respect! Even with an huge five stop compensation, the photo is still perfectly usable, while the Canon has tons of noise and strong color casts. This test has been done at ISO 100, but even at higher ISO the Sony allows to recover a lot more detail from the shadows than the Canon sensor.

I have compared the two cameras at 3200 ISO (that actually is not that high for today's standard), 12800 ISO (the highest sensitivity that is fully usable in every situation) and the crazy ISO 102400. 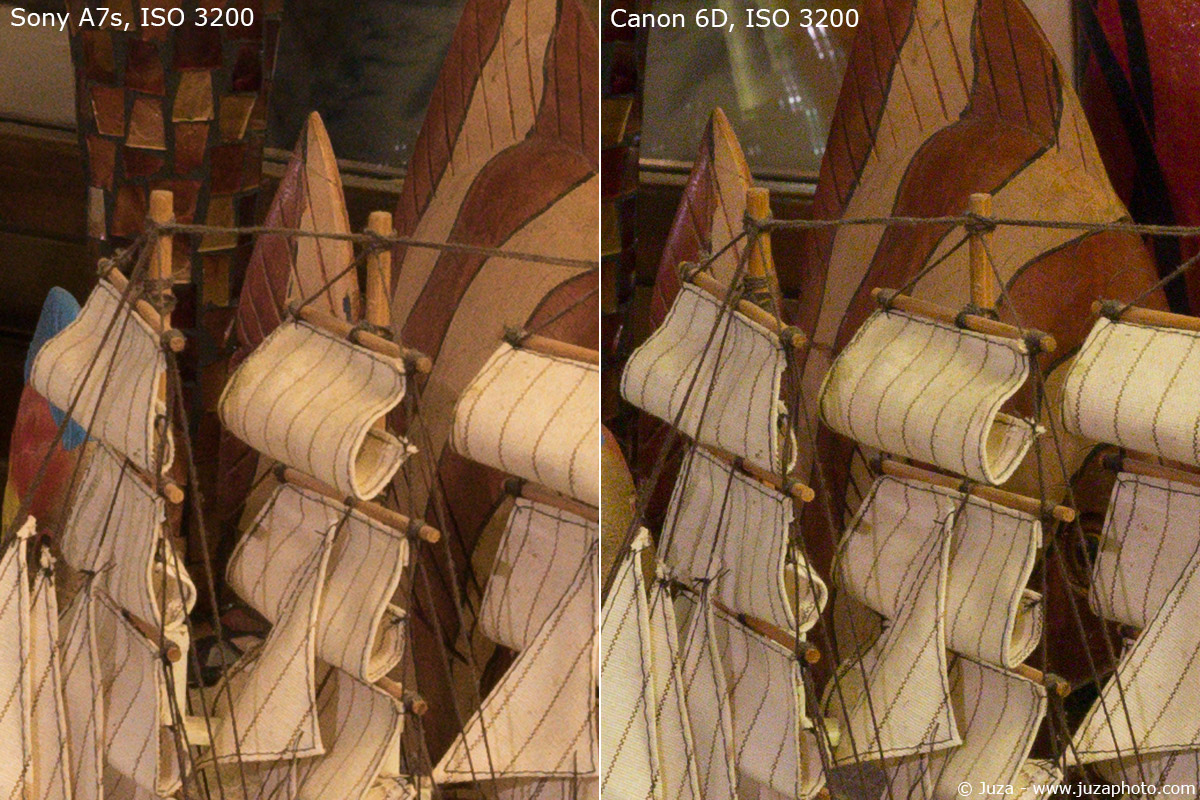 At 3200, the Sony is an hair cleaner but the Canon has more detail; the same holds true at 6400 and overall I'd say that I the Canon is the winner at these sensitivities (at least if you don't need to recover detail from the shadows). From 12800 ISO, the thins change: 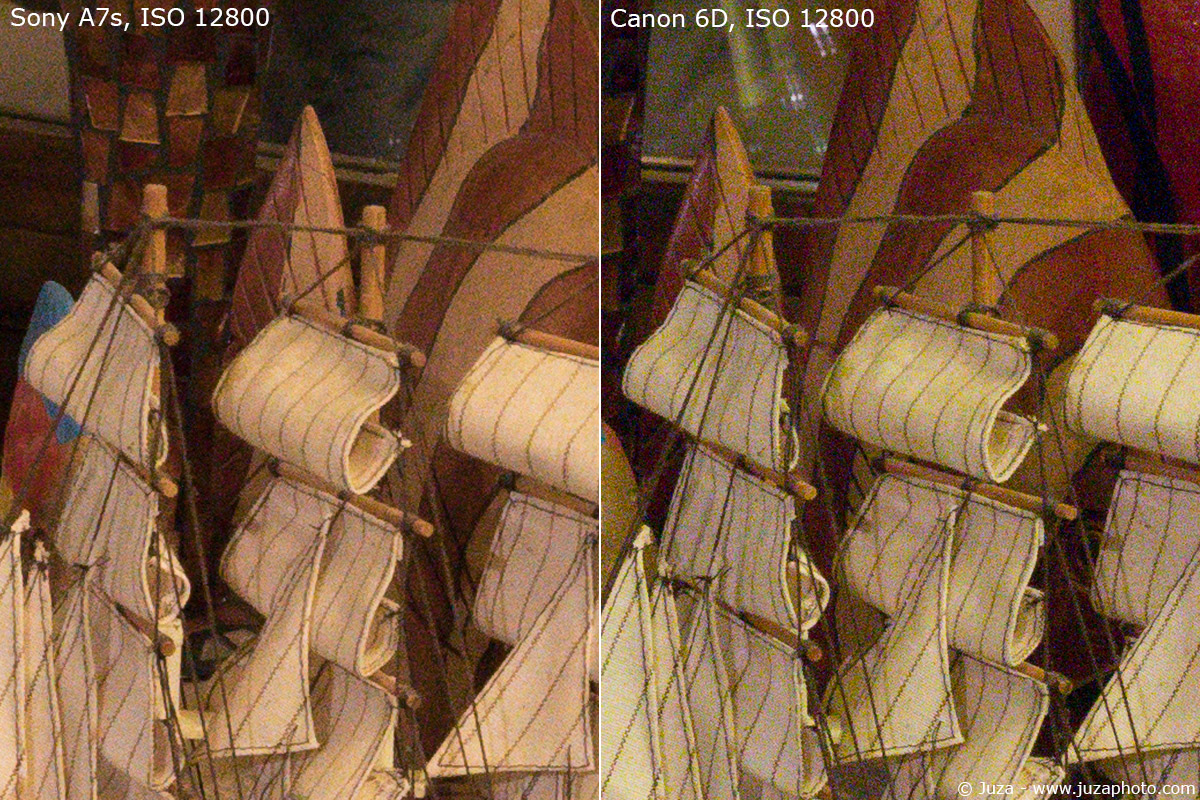 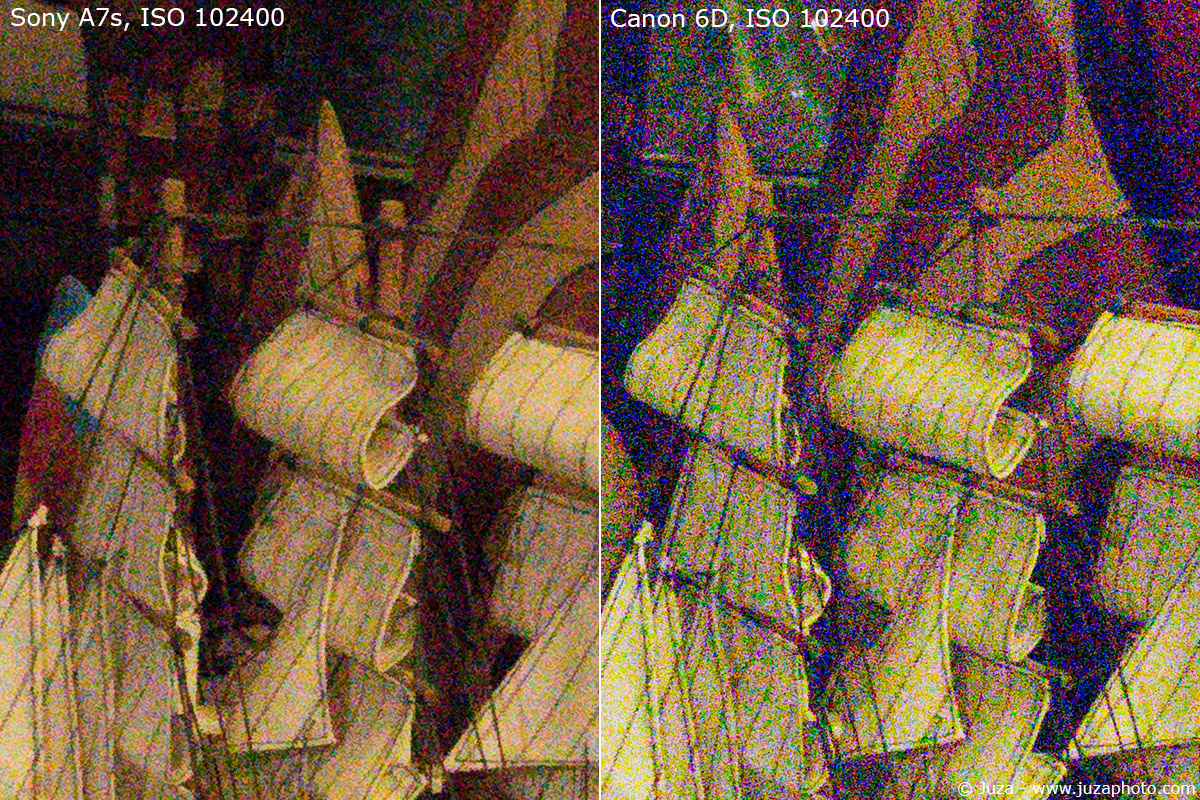 Here the Sony A7s easily wins; it has less noise and more detail. With noise reduction, even the photos taken at 102400 ISO with the Sony A7s are still usable, at least in some situations; the Canon 6D instead has a lot more noise and strong color casts that cannot be easily removed.

In conclusion, I am really impressed by the image quality of the Sony A7s. The Canon 6D wins in terms of resolution, but you will see its advantage only if you make poster-sized prints (even at 50x75 centimeters it is barely noticeable) or if you crop lot. In terms of noise and dynamic range instead the Sony A7s is the winner, and in particular it has a big advantage with the dynamic range.