Nokia has always been on top in terms of camera image quality: the N86, N8, 808 have proven to be excellent camera phones, with a quality that surpasses even dedicated compact cameras. The new Nokia 1020 promises to move one step further, by offering a much more modern operative system, optical image stabilization, full manual controls and RAW support. 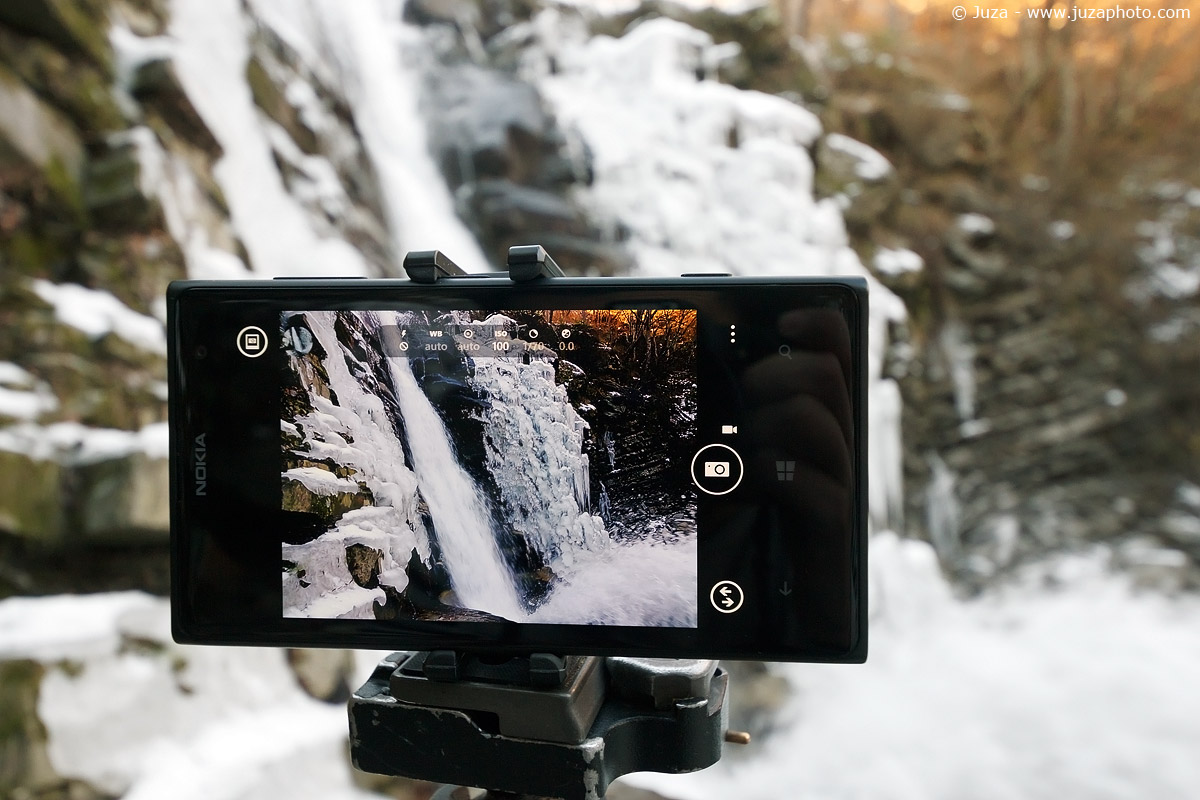 The Lumia 1020 is entirely made of plastic, but it feels quite solid and the weight is reasonable. Its physical size is in line with most high-end smartphones currently on the market, it is bigger than the iPhone 5S but it is about the same of LG G2 or Samsung S4, that means that it is still usable with a single hand, unlike the huge 6" phablets. My main complaint is that it has huge bezels; with thinner bezels it would be possible to fit a 5 or even 5.2" screen in the same body size. The LG G2 is excellent in this respects, it manages to squeeze a 5.2" screen in a phone that is not much bigger than the Lumia 1020, so technically it is possible: I hope that the future Lumia will improve this aspect.

The screen is a 4.5" AMOLED; it is extremely sharp thanks to its 1280x720 resolution and it is very nice to watch. The 1020 has 32 GB of built in storage; 2 GB or RAM and a dual-core 1.5 Ghz CPU, that makes it very snappy even with heavy applications. The 2000mAh battery can be charged with a common micro-USB cable; battery life is a bit on the short side, in particular if you use games. 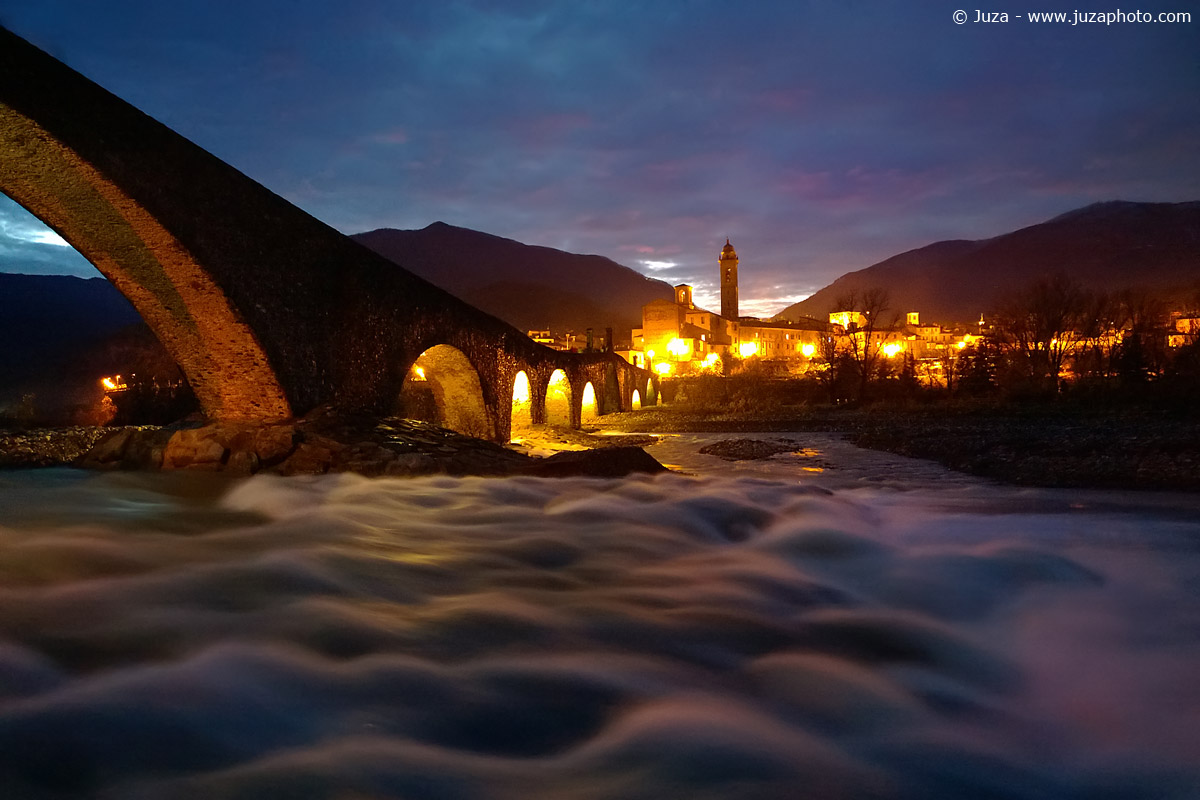 If you have Windows 8 on your computer, Windows Phone 8 will look somewhat familiar - it uses the same 'tiles' style of the new start menu. Unlike other operative systems, there is no desktop background, the entire space of the desktop is taken by the tiles of your favorite apps, and of course this list is fully customizable. By clicking on the Windows symbol, you can see the list of all installed apps and you can remove or install new apps through the Windows Store. Even though it does not have yet the numbers of Android or iOS, there are already a lot of apps and games, and many are free or very cheap.

I really like Windows Phone 8: it is intuitive (in a couple of days I learnt how to use every feature) and it is very fast. Being used to the old Symbian OS, switching to Windows Phone really feels a 'jump in the future'. Talking about apps, my approach is the same that I have with photo equipment: I install only those who I strictly need. My favorites on Windows 8 Phone are: Only Light (it allows to use the led video light as a torch), StopWatch (Windows Phone has not built-in chronometer) and, the most important, Connectivity Tiles Pro+. The latter is very important for me - it allows to turn on/off bluetooth, wi-fi and plane mode, without having to browse between several menus.

Other apps that are already installed and I use a lot are the Nokia Camera (of course!) and Here Maps; the GPS navigator developed by Nokia is excellent, it covers 197 countries and it is free - I highly recommend it. Moreover, unlike my previous Symbian phones, the 1020 takes very little time to get the GPS position. 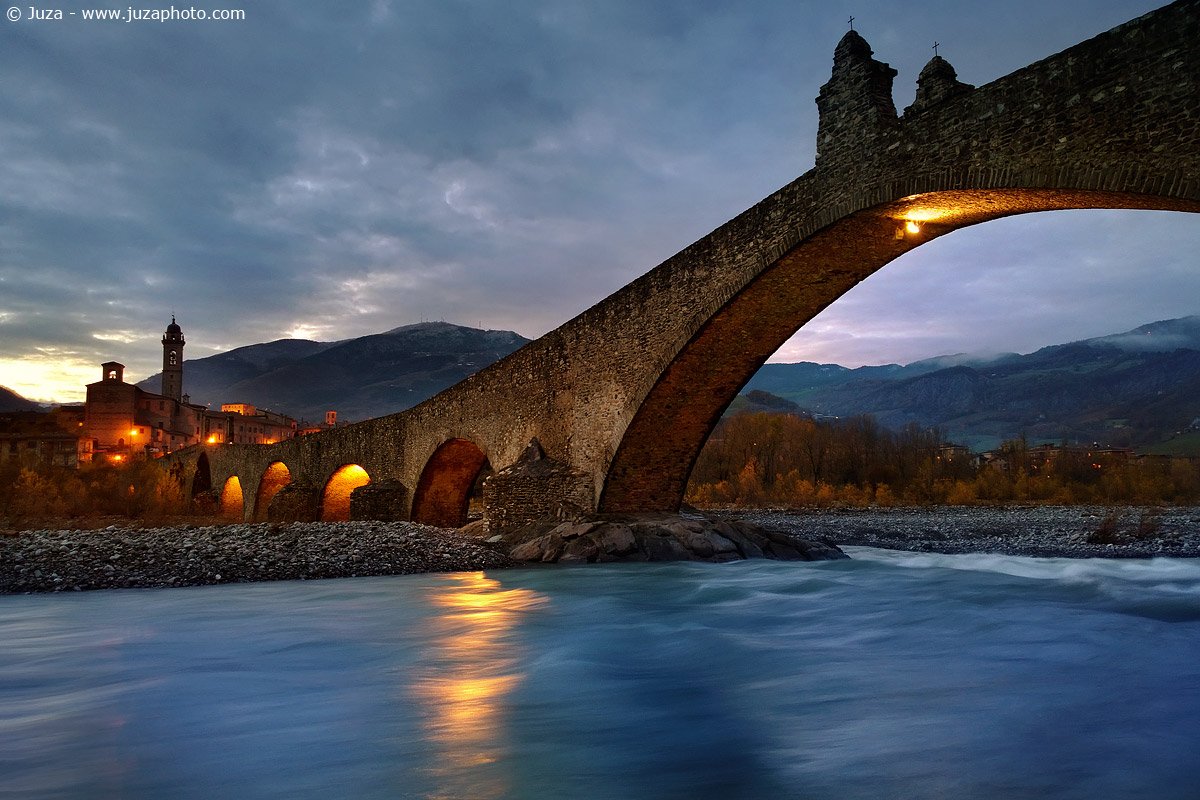 In comparison with its predecessor, the new Lumia 1020 has a more 'heavy handed' approach on photo processing: it gives images with more contrast, saturation and sharpening, that will look more appealing to the general public, while for photographers they will appear a bit over processed. It is not possible to change the processing parameters, but actually this is not a big problem: if you want to do a more professional post processing, it is possible to shoot in RAW format.

The sensor quality is surprisingly good. Even though it is a bit smaller than the sensor of the 808, while keeping the same pixel count of 41 megapixels (38 effective), it has about the same dynamic range and noise, maybe it is even a bit better at the highest sensitivities (800 ISO and above). The quality of the lens (a six elements, plastic lens), instead, is not as good as the five-elements, glass lens of the 808. The center is sharp, but the corners are quite soft, while the lens of the 808 had an amazing sharpness for corner to corner.

If you put the 808 and the Lumia 1020 on a stable support and you compare side by side the image quality, the old 808 wins, but... in real world, the results may often be different. The Lumia 1020 has optical image stabilization; since most of the times the smartphones are used without any support, IS helps a lot. Many times I have had to throw away the photos taken with the 808 due to motion blur, while with the 1020 it is easier to get a sharp photo. In studio the 808 wins, but in practice I prefer to shoot with the 1020 because the advantage of image stabilization overpowers the softness in the corners. 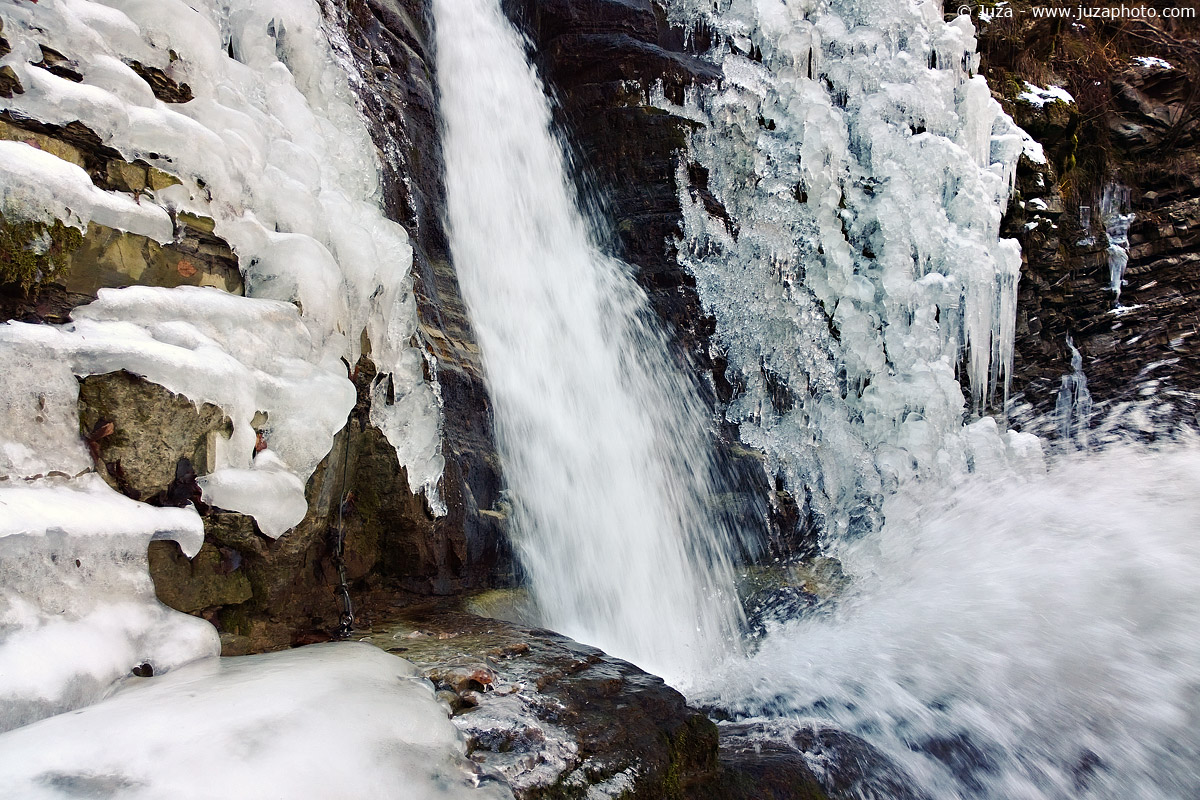 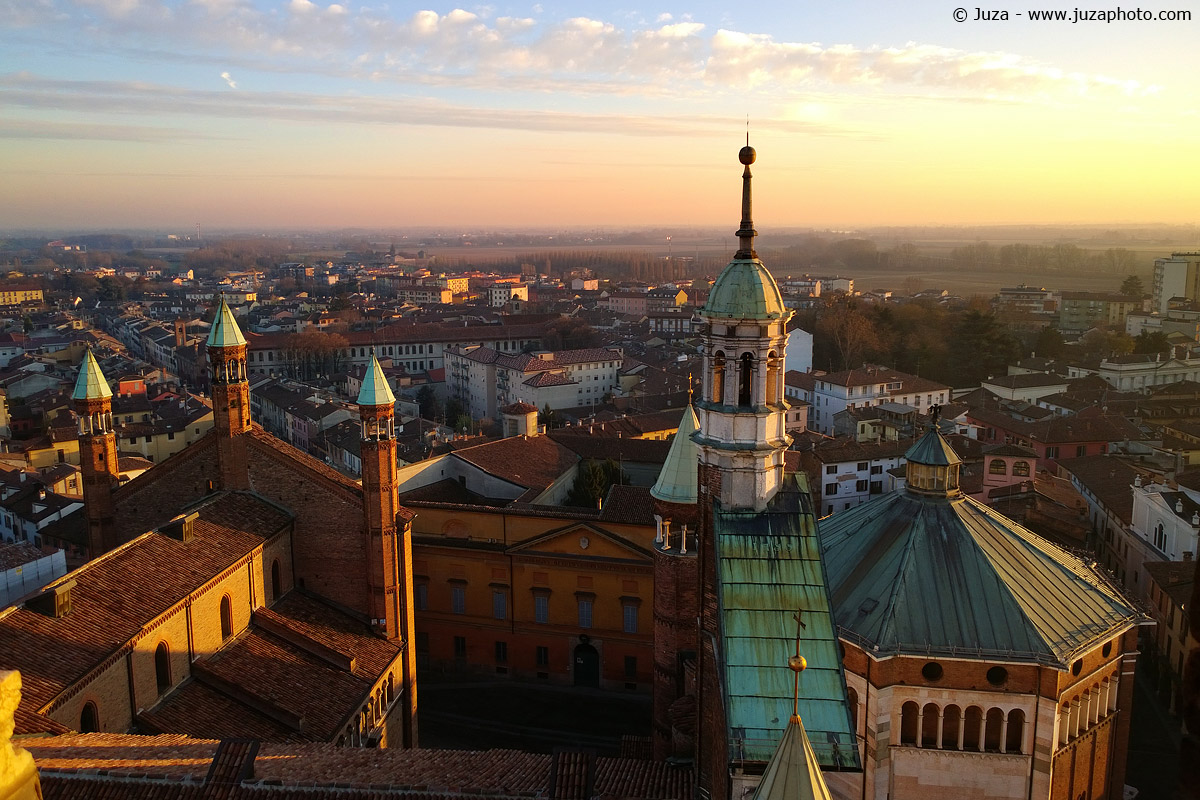 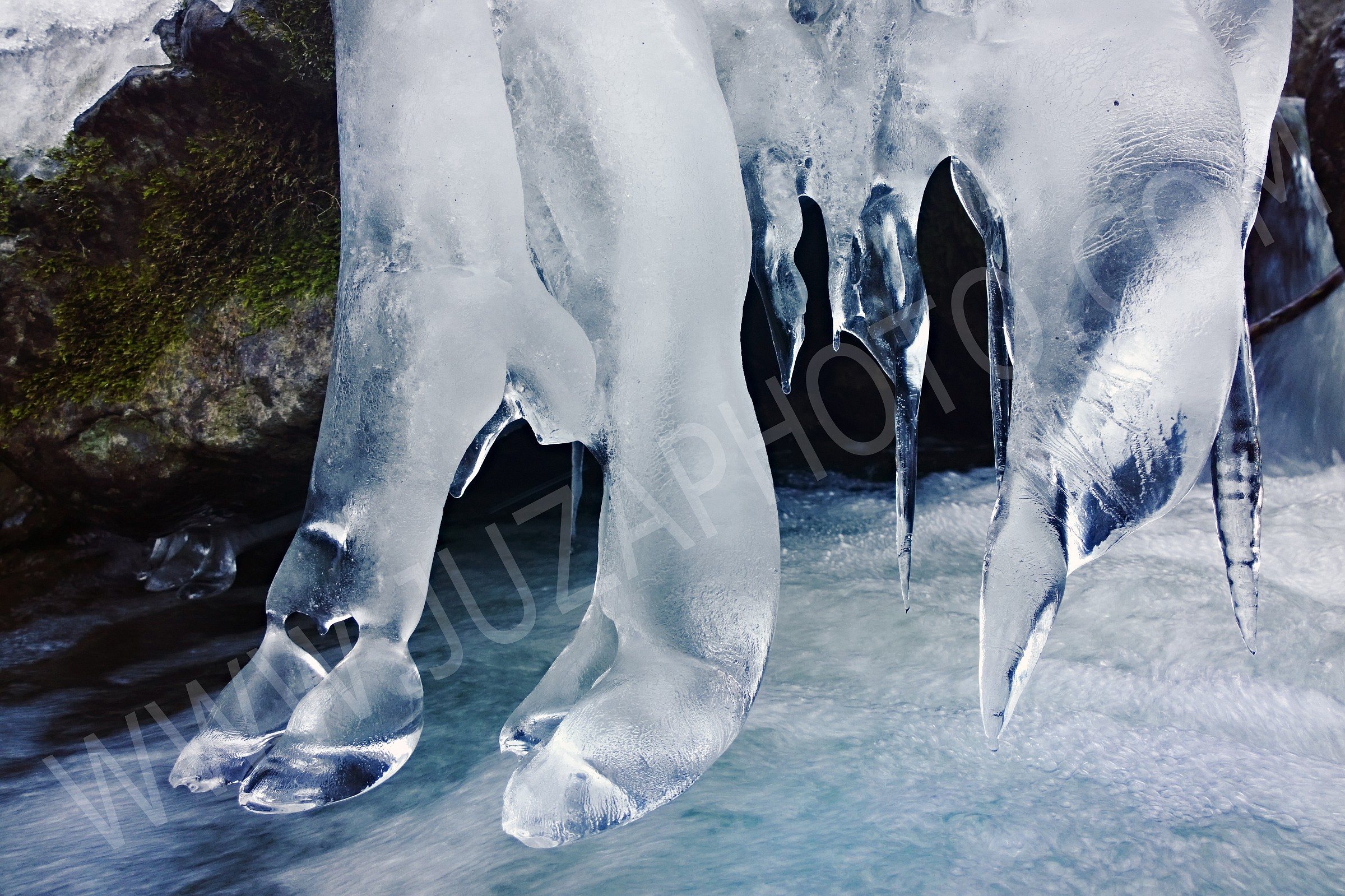 The Nokia 1020 is one of the few smartphones that have the possibility to shoot true RAW files, in .dng file format. One of my complaints regarding the 1020 is that the strong image processing tends to kill the fine detail; here I have compared 100% crops from JPEG files and RAW files post-processed with Photoshop. The first test has been done at ISO 100; the JPEG crops is above while the second crop is RAW.

In terms of detail, they are about identical. Surprisingly, instead, the jpeg version shows a strong chroma noise reduction even at low ISO; with the RAW file it is possible to apply a much more soft noise reductions, that helps to get richer colors. That said, overall there is not a night and day difference. Now, let's see how they compare at ISO 800, the highest sensitivity that I'd use on the Nokia 1020 for serious photos.

This time the RAW file (second crop) has a clear advantage; it has much better colors and more detail, that give it a more natural and pleasing look. Other than the image quality advantage, shooting in RAW allows to fine tune every parameter of the image with your raw converter; for example you don't have to worry about white balance because you can change it during post processing.

Another advantage of RAW is that it preserves the full dynamic range of the sensor: here I have taken a overexposed image and I have tried to recover as much detail as possible both from the JPEG and the RAW file (you can see the difference by looking at the scene out of the window).

I have tried to recover an extremely underexposed area of a photo; both JPEG and RAW gives the same amount of recover, but the RAW file keeps more natural colors and a lot more detail; here the RAW gives a big advantage.

If you are looking for the best camera on a mobile phone, the Nokia 1020 is currently the best you can buy. The previous 808 still has an edge in terms of detail and corner sharpness, but the 1020 is way more enjoyable to use (thanks to Windows 8), it has manual controls and stabilization; the RAW support is the icing on the cake.