When I heard for the first time about the Canon 11-24mm, I thought that it was just one of these rumors that ends up in... nothing. It looked too good to be true: instead, nowadays I have the real product in my hands. The most extreme rectilinear wide-angle ever made, with a truly impressive angle of view of 126 degrees! I have tried it on the field to see how it performs and how it compares to cheaper alternatives. 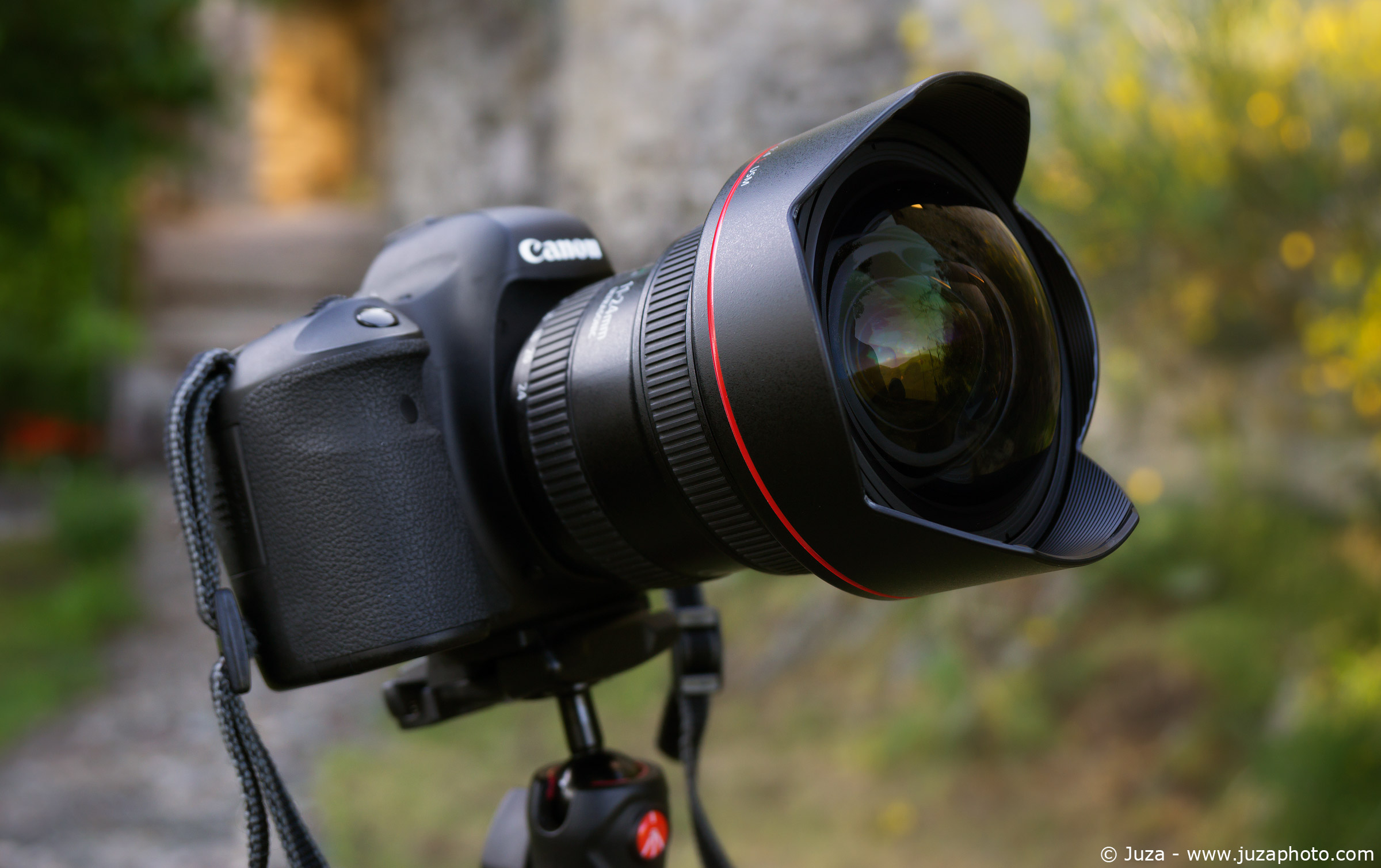 Making a super wide is really simple: fisheye lenses with angle of view of 180 degrees or more have been around for decades. But making a rectilinear wide-angle, that is a wide-angle without barrel distortion, is way more difficult: until few years ago, the most extreme rectilinear wide was the 14mm. A real pioneer in this field has been the Nikon 13mm f/5.6, a rectilinear wide-angle from 1975 that hold the record of the widest wide for almost 30 years, until the Voigtlander 12mm f/5.6 announced in 2000 and the Sigma 12-24mm of 2003. There are many lenses for APS-C with shorter focal length, but keep in mind that their angle of view must be multiplied by 1.5x, so for example the 10-20mm lenses for APS-C are much less extreme than the 12-24mm for fullframe, because they have the angle of view of a 15-30mm. 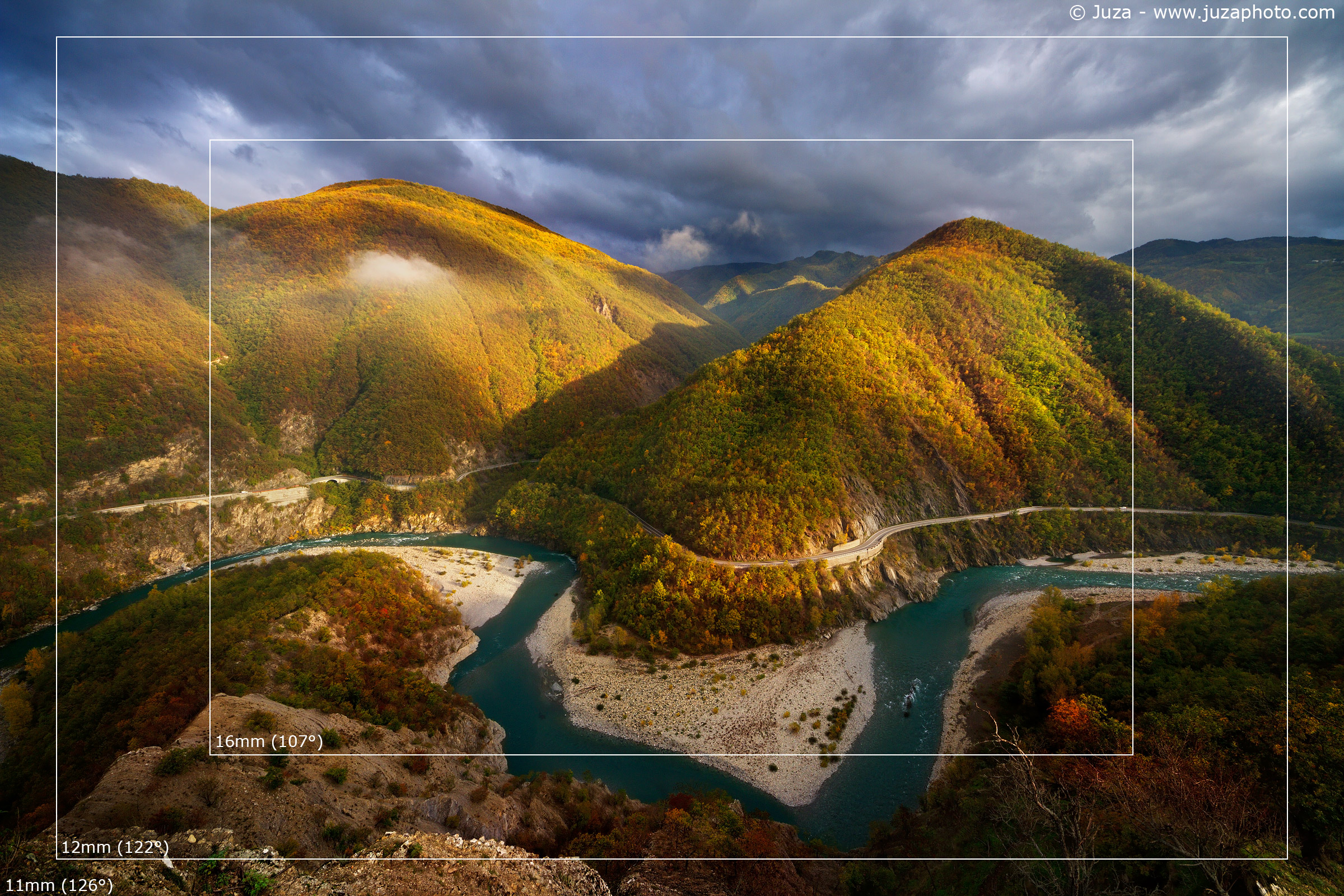 The built quality is, as expected, very first rate; the lens is weather sealed for maximum resistance to the elements. It is not only tough, it is also beautiful: the immense, curved front lens element is a joy for the eyes, it is a really marvelous piece of glass. The lens is protected by a large built-in, non removable, hood; of course it is not possible to mount filters. Next to the hood there is the focus ring; this lens has fast and silent USM autofocus with full time manual focus. The only missing thing is image stabilization; sadly Canon was not able to squeeze IS inside this lens, it would have made it even bigger and heavier. 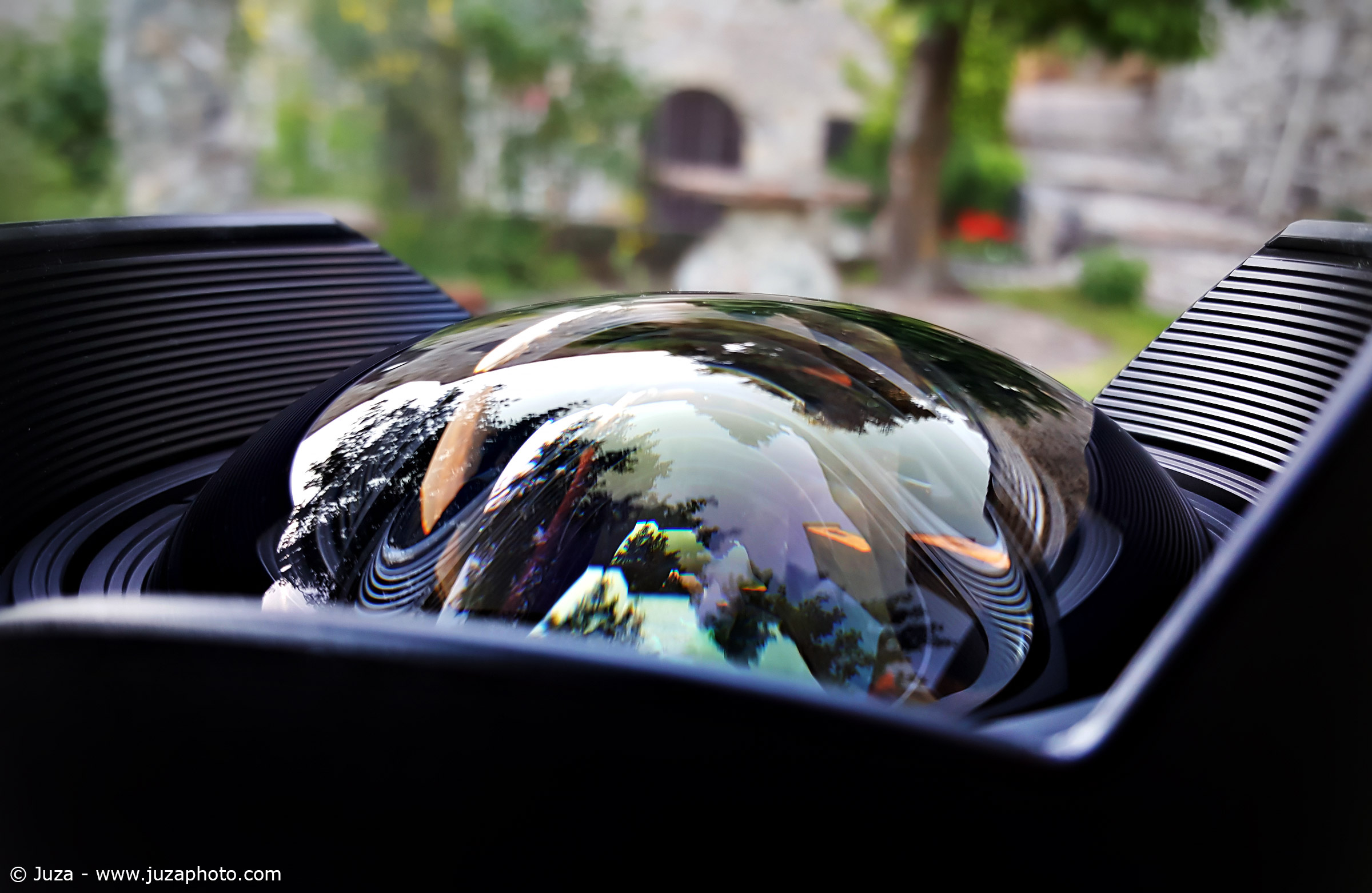 The zoom ring allows to choose the desired focal length between the insane 11mm and the much more common 24mm; you will likely keep it most of the times on 11mm, because it is the only purpose of this lens: if you don't need the most extreme angles, there are much cheaper and better alternatives, as the Canon 16-35 f/4 (one third the price, half the weight and even better image quality).


Image Quality (and comparison with the Sigma 8-16)

Needless to say, from a $3000 lens it is reasonable to expect excellent image quality. The 11-24mm does not disappoint: in my opinion, it is the second best wide-angle ever made by Canon. It is light years better than the lousy Canon 16-35 f/2.8 (I have used that lens several times and I have always been disappointed by the lack of sharpness in the corners, even when stopped down); even at f/4 it is better than the 16-35 f/2.8 at f/8 or f/11. It is not on the first place of the podium only because two years ago Canon created the awesome 'sharpness-monster' 16-35mm f/4 IS, that surpass even the new 11-24. That said, the 11-24 comes close to the 16-35 f/4 and for sure you won't be disappointed on the 18-20-22 megapixels sensor of current Canon DSLRs; in future I'm going to test it on the 50 megapixels Canon 5Ds, to see how it performs at this resolution. 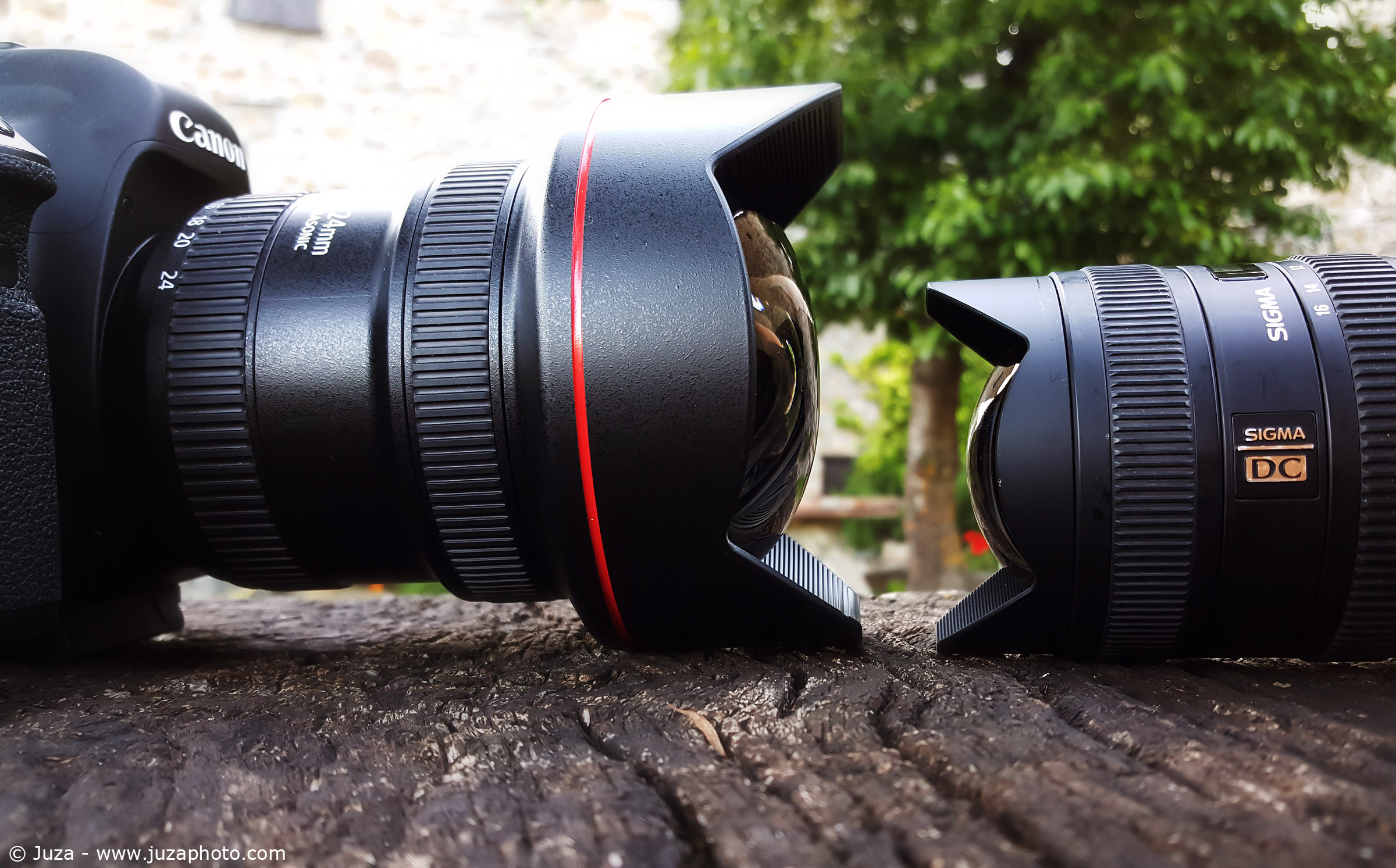 Let's begin from the center crops. 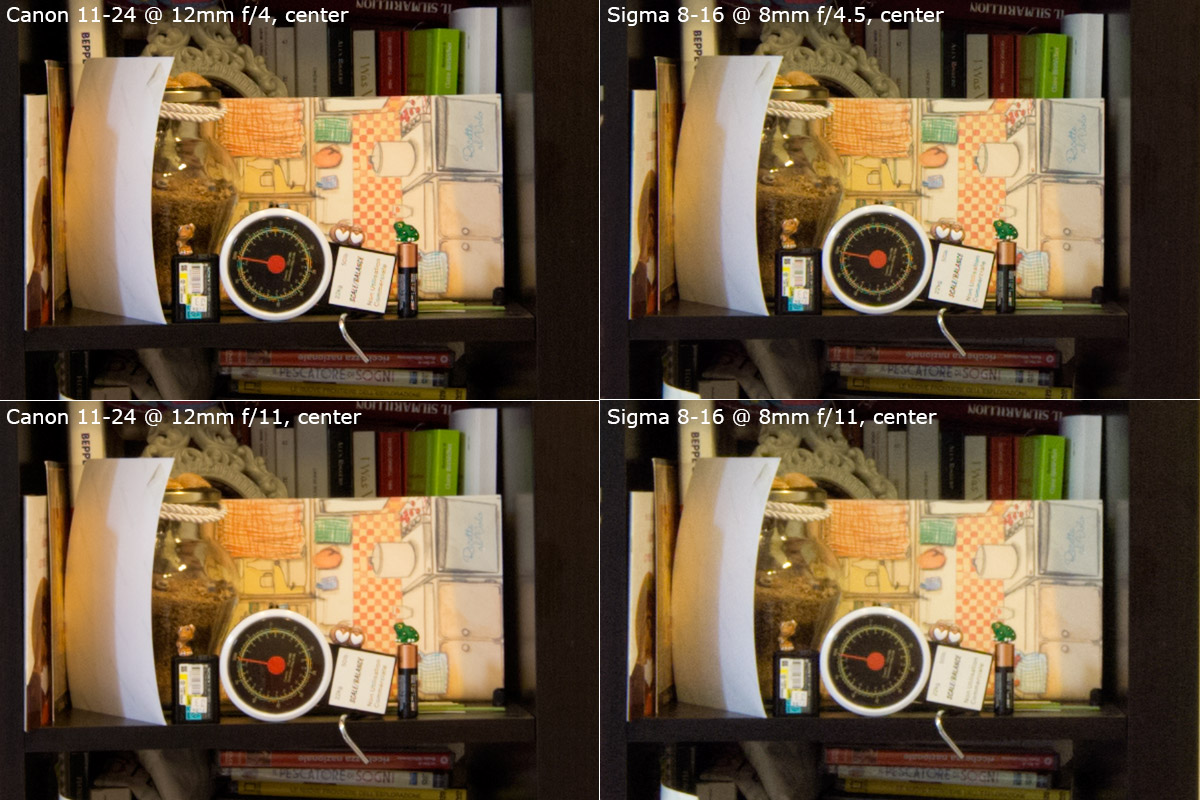 In the center, the Canon 11-24 is razor sharp even wide open; at f/11, one of the apertures that I use most often in landscape photography, the image quality in the center is actually a little worse due to diffraction, but still fully usable. The Sony A5100 + Sigma 8-16 combo is not bad as well, but it does not match the outstanding performance of the Canon: even tough the amount of detail is similar, the Canon has more contrast, so the photo has a more vivid, tridimensional look. Now, let's see the corners. 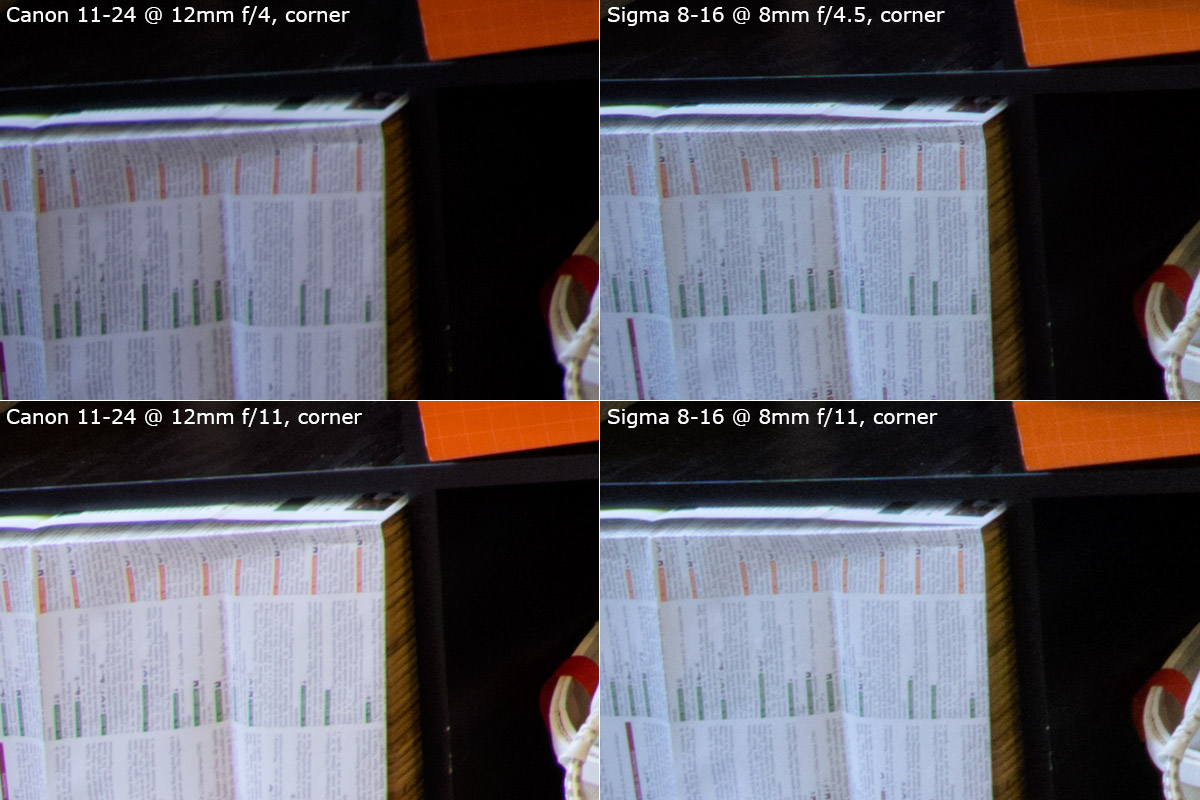 This was a bit a surprise - wide open, the Sigma is a bit better; it has less chromatic aberration and more sharpness. The chromatic aberration can be easily removed with software, but clearly the Canon suffers a bit in the corners; while it is not an issue on the 20 megapixel sensor of the Canon 6D, it may not be sharp enough for the 5Ds (at least wide open in the corners). The sharpness in the corners improves noticeably by stopping down to f/11; at this aperture the Canon and the Sigma are on par in terms of detail, but the Canon wins thanks to the higher contrast.

The following images can be downloaded at full size to see how this lens perform in practice; they have been taken with the Canon 6D and post processed with Photoshop CC.

The Canon 11-24 is the new king of wide angles, but it is not an obvious choice for every landscape photographer. If you can sacrifice the focal lengths between 11 and 15, the Canon 16-35mm f/4 L IS offers even better image quality, much lower weight, filter compatibility, smaller size and image stabilization at less than one third of the price, but... the difference of angle of view between 11 and 16 is huge, it is not a small sacrifice.

If, instead, you want the widest wide at any cost, the Canon 11-24mm f/4 L will make you happy - the reward of all your efforts will be unique photos that would have not been possible with a 16mm.

One last alternative are the Sigma: the Sigma 8-16mm f/4.5-5.6 if you use APS-C cameras or the Sigma 12-24mm f/4.5-5.6 II if you use fullframe. They don't have the built quality and the image quality of the Canon (even though the difference is quite small), but they are still very good for their price, and they are much smaller and lighter.